I have been searching through the provincial archives to find documents of the wilderness that used to be here, and of the animals who would have shared the city. This early sketch of Halifax is particularly telling; it shows several blocks of houses protected by a fort, and flanked by the forest. 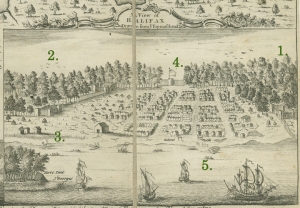 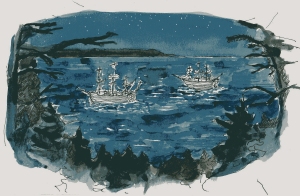 Sailors sleeping in their ships at night, away from the forest

A fleeting moment in the history of Halifax, in which the city stood beside a great wilderness and citizens shared their home with wildlife.